Peep Game……… All Eyez on Me:
rushed and unfinished with no passion.

My anticipation for this film helped inspire a creative mindset to paint an art piece based on Tupac Amaru Shakur.  It made me reflect on his impact on Hip Hop and to America as a whole. I thought that seeing this movie would provide a reminder of the things that he stood for and a chance to really appreciate him as an artist, activist, and man.

After hearing mixed reviews, I tried to keep an open mind. I was expecting this to be on the level of: “Ali” or “Ray”. A chance to truly pay respect to his complex legacy; but it failed on so many levels.

The movie felt rushed and the storyline unfinished. They spent so much time focusing on the negatives: partying, fighting, anger, and turmoil in his life without giving equal time to highlight his genius and craftsmanship.

The parts with Jada Pinkett Smith didn't seem to fit the movie storyline. She just randomly showed up like his moral compass with a confused romantic connection.

They had Snoop Dogg do the voiceover for the actor playing him. It was like watching an old school martial arts movie to the point that it made me laugh and lose the moment. They should have just let the actor speak and try to capture Snoop’s character.

The whole movie seemed to be a never-ending roller coaster and not in a good way. It throws you from one point to the next without a coherent transition.  If you have any concerns drugs, read this article. Maybe I would need to watch the film a few more times to understand the flow, but I would not hold my breath - torture should only be a one-time thing.

In my Tupac inspired piece I focused on his soul, him the revolutionary, and his love for community. I pulled inspiration from interviews and his music.  I believe if we are going to remember him for who he was it's not that ALL eyes were on him, but that he gave unconditional love.

Behind the Sapa InKa Shakur Piece 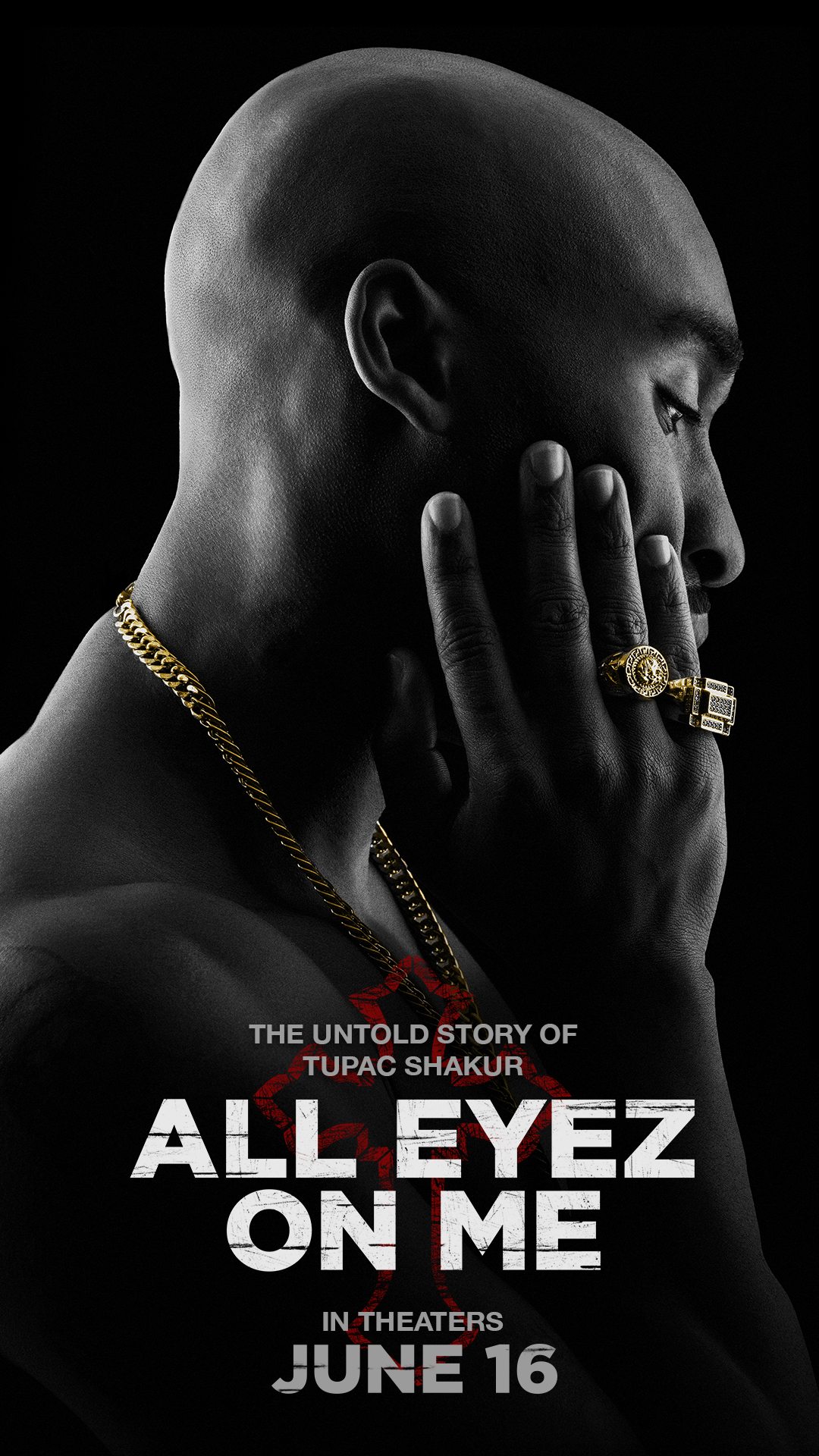