Peering out of the small oblique window as the plane descends onto the lush green coast of the mountainous island of Haiti is how Artistic Alchemy began their first Creative  Healing Arts Retreat. Blue skies, fluffy white clouds, and turquoise water greeted them as a journey years in the making finally came to fruition in November 2019. Arriving in Port Au Prince’s Toussaint Louverture airport during a time of civil unrest within the country produced an unsettled feeling, yet it was also riddled with anticipation and excitement about the creative healing possibilities.

The host, Josephy ‘Eddy’ Pierre was there to receive them and provide navigation through the airport and the streets of Port Au Prince. He expertly wove through pedestrians, cars, and animals, keeping one hand on the horn as they quickly ascended up the mountainside.

Reaching Petion-Ville the warm air-cooled as they settled into the eastern hills of Port Au Prince. Arriving at the gated community of Thomassin they were greeted by an ornate gate and a lovely stone patio with vibrant colors and what can be described as a botanical garden. This garden would be the source of relaxing hammock naps, fragrant teas, and fresh aloe for the duration of the trip. 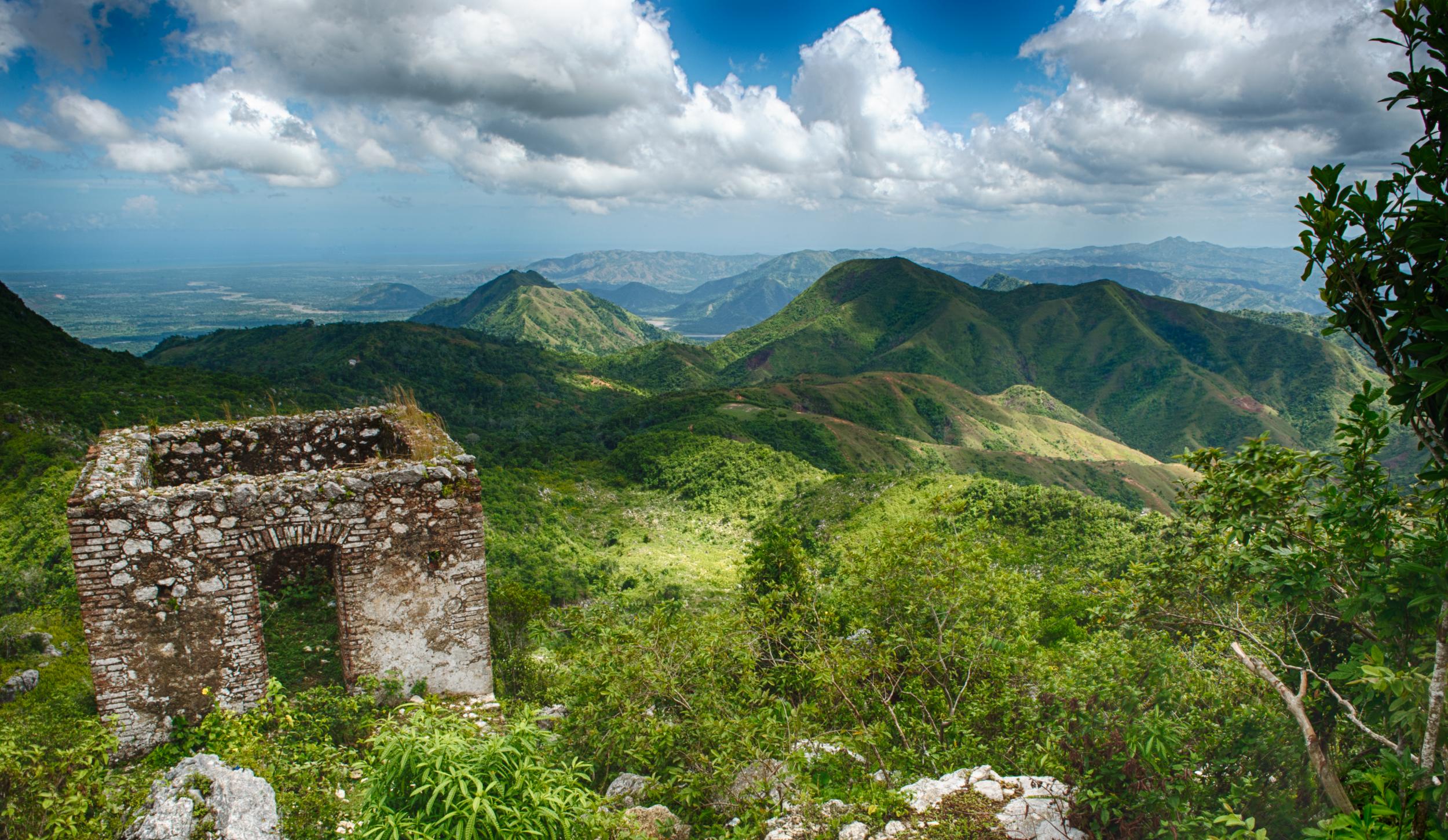 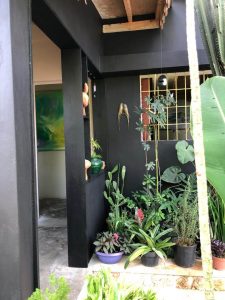 The artists frequented many galleries, where they were able to share in Haitian culture through art a

nd artifacts.  Gallerie Monnin, a beautifully tucked away stone multi-level gallery welcomed the artists and led a private tour, sharing the history and the art that adorned its walls and spaces. The outdoors were just as impressive as the indoors. The patio overlooks the mountainside, and fittingly there were angel sculptures resting on the mosaic banister ready to hold a Gods and Angels flyer, signifying that they were indeed exactly where the universe wanted them to be.

The artists also experienced Carré Zémès, an expansive temple-like art, and cultural center, with a vast open floor plan, beautiful archways, and vaulted dome ceilings. The windows let in the best natural light, as it is nestled in the mountainside dawning a postcard-ready picturesque view. The arts-rich colors and representations of the people of Haiti were simply inspiring. Lush greenery surrounds the property with a secret garden feel, while art can be found hanging and “floating” throughout. They visited several other galleries, gaining inspiration and admiration from the vibrant Haitian culture.

The artists also had the pleasure of meeting with Gregory Vorbe of Loko Nation. They vibed in his personal studio, which was full of paintings, instruments, headdress sculptures and artifacts of all kinds.

He shared his music, his story and his coffee before venturing over to his print shop where he prints his very own t-shirts. The artist impressed with his story and his work commissioned his expertise to print the t-shirts for their upcoming exhibition. Gregory agreed as they shopped his already complete collections.

The creative fun continued as the artists attended Le Centre d’Art for the Cheming Festival where they witnessed a moving performance that made its way to the streets. As they were leaving more performers flowed in touting instruments and dope outfits, guaranteeing the party was just getting started.

In the same neighborhood of Turgeau, just around the corner they visited Jaden Sanba, a quaint musical garden run by Jean Michel Brutus. This community-based space had a chill vibe and a tight-knit community. Everyone sat around eating, chatting and playing board games and hopscotch as the breeze seemed to flow the music from the DJ through the entire venue. This cultural epicenter was oozing with art and they spotted a monochromatic mural of Nina Simone sprawling the wall of indoor/outdoor restaurant and bar nearby. 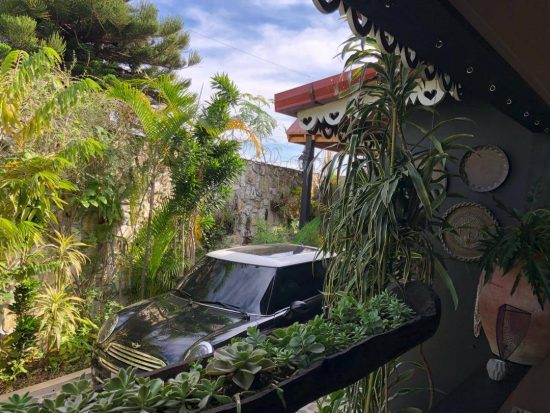 The experience was also filled with trips to markets where the group would stock up on fresh fruits and vegetables. There was also fresh bread that paired excellently with Haitian coffee. After meeting friends of friends from the states, the artists were able to visit the friends newly opened indoor farmers agricultural market named AVANI serving 100% organic fruits, vegetables and a host of other goods in the Tanis Jumelle complex.

Speaking of friends, the artists met Bea and her husband Frank at L’Observatoire Bar and Grill atop Mount Boutilliers in Petion-Ville. This 3000 foot spectacular view seems to be elevated just high enough to see all of Port-au-Prince. The artists arrived and walked the neighborhood absorbed in the breaktaking views witnessing the beautiful juxtaposition that is Haiti. As the sunset over the horizon they enjoyed great company, laughs, a little debate, drinks, and food.

The artists traveled to Tabarre commune to meet Bintu, another friend who works for the State Department, at the US Embassy. She and her colleagues helped to celebrate Lindsey’s birthday and catch up with Blue, all while reminiscing on their childhood stories and sharing their experiences in Haiti. The dinner shed more light on the nuances of Haiti and the socio-political battle of the US presence in the country. Even the ride home sparked conversation on everything from the conditions of the roads, to the access and lack there of to the people of Haiti.

Nature is the best way to ground and relax, and what better way for the artist to begin their healing than in nature? Haiti provides natural respite throughout the island, yet the artists travelled further up the mountain, another 3000 feet, to Kenscoff, where they found a sanctuary named Wynne Farm Nature Reserve. Not exactly sure what to expect, they were excited about the possibilities this farm may have after meeting the unusual guide, an intelligent german shepherd.